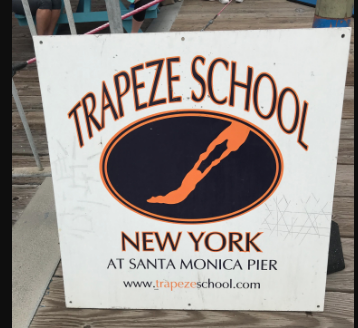 The Work Part of the Trip

I was the conference chair for the 9th Biennial Andover Educators Professional Conference at the University of Redlands in Redlands, CA, and it’s an understatement to say that I learned a lot through that process. Andover Educators is the name of the group that licenses musicians to teach the “What Every Musician Needs to Know About the Body® Course,” otherwise known as body mapping. Many of the articles I’ve written for Flute Examiner are based on body mapping concepts. While I had been on conference committees before this one, this was my first time as the official conference chair.  I learned that I vastly underestimated how much work this would involve during the actual conference, assuming that most of my work would be done before the conference actually started. I learned from our conference site host how to work smarter, not harder.  I watched her use her organizational skills all day long, every day.  She’s organized many conferences that were much bigger than ours.  I learned again that manners and a smile matter —- it’s much easier to be pleasant when people check in many hours late when said people are appreciative of your help and apologize for being late. I learned that it’s a fantastic feeling when you and the team pull off an event that has involved a year-long planning process.

At the actual conference, I was able to see all sorts of people learning about movement and music. That’s what we do as body mapping teachers—we teach the art of movement. It was great to see the brains of people brand new to our work exploding with the possibilities! Music making is a whole body activity, and how you use your body (and how you don’t) is reflected in your performance. It was also great to see long-time teachers excited about new details and new ways of approaching the same information. There were multiple presenters, and they each brought their own life experience and personality to their presentation style. There are lots of things to be learned from watching other people do their thing.

We had a variety of body workers at our conference, including specialists in Alexander Technique, Feldenkrais, Fascial Mobilization/Craniosacral, and Biomechanics for Musicians.  It was common to see people floating through the hallways saying things like “He/she is amazing!  I feel 10 years younger.  This is incredible!”  Their bodies were learning new things, such as new organizational approaches for the central nervous system. I personally learned with Dr. Bronwen Ackermann, our keynote speaker, that there is still work to be done to rehab my hand after a hand surgery I had in 2012.  At the end of a 30 minute private session, I was playing my flute without the extra stuff to compensate for the lack of movement in my index finger.  Who knew—it’s my thumb that’s causing the problem!

By far though, the most exciting learning I witnessed was that of our student volunteers.  They were amazing—doing all the behind the scenes work with smiles and a tremendous work ethic.  They set up chairs, reset the chairs, moved the chairs, set up the snacks, acquired the coffee, operated the video and audio recording equipment, drove people around on the golf cart and dealt with numerous tech support issues. They were hungry for information and asked a million questions.  Teachers love questions!!!  The enthusiasm and excitement was incredibly infectious, and it excites me to think about these teachers- to-be as our future. While they were working, they were learning how to run a conference, and I remember those days. I was one of those kids, hanging around asking gobs and gobs of questions and I’m so grateful to pay it forward for other young teachers. One of my favorite parts of this conference was hanging out in the office chatting to these students when there was a break in the action. I remember working at the Central Ohio Flute Association (COFA) festival while I was a grad student at the Ohio State University. I didn’t realize that Katherine Borst Jones was teaching us how to organize a festival, as well as how to run a studio.

The Vacation Part of the Trip

After the conference, my family came out to California for some family vacation time, and I learned some more new things.  I didn’t know that there’s a sign on the Santa Monica Pier that says “the end of Rt. 66.”  My grandfather would have loved to see that sign. After riding the roller coaster in the amusement park, also on Santa Monica Pier, we learned that one of the kids likes that sort of thing and the other doesn’t, which was good to know before heading to Universal!

One of my daughters and I saw a sign for classes offered at the Trapeze School of New York – LA. After much consideration, we both signed up for a 2-hour beginner class.  I learned that I was not too old to learn something new!  We were strapped into harnesses and then practiced the movements we would be doing on the trapeze, which included hanging from the bar with both arms, bringing knees up and over the bar, taking hands off so you’re hanging from your knees upside down, putting hands back on, taking knees back down, and then letting go at the correct time.  At the end of the class, we were able to try adding a catch to the equation.  If all the above things happened at the correct time, the catcher would grab your wrists and you let go off the bar with your knees.  It’s exhilarating and the view of the coastline up towards Malibu is gorgeous from the top of the rig.

My daughter also learned that it’s not fun when you get a flat tire and your bike chain comes off mid-bike ride—meaning you have to walk a long way home wearing ratty flip flops, without a water bottle. We learned that our other daughter will happily play in the ocean jumping over waves all day, every day and never get tired.

Where are the patterns in this varied learning? There are two kinds of learning represented here. The first is the kind that you intentionally seeks out and the second is the stuff that you learn due to circumstance, whether or not you really want that info. For the intentional learning, this has to start with the learner saying something like, “Hey, I don’t really know much about that.  How does that work? Tell me more.”  There has to be a willingness to accept that you doesn’t know everything, a willingness to become a beginner yet again. For the second kind, unintentional learning, this is the category of stuff called “life experience.”  Parenting books call this “unintended consequences,” like when a moody teenager ends up with sunburn because she was told several times to re-apply the sunscreen and thought she knew better.  It’s hard to benefit though, if you aren’t able to step back and realize, “Hey, that didn’t really go so well.  What am I going to do differently next time?”

So what? How does this apply to use as flute teachers and flutists?  We have students that operating from both camps here – the intentional and unintentional learning. Intentional learning is demonstrated by the students who show up each week with questions.  The ones who try anything you suggest and (wait for it) – actually practice what you assign!  The second kind of learning, the unintentional, is what happens when the unprepared student doesn’t win the audition for youth orchestra or advance to the next round in a competition. I think that the common denominator for both of these learning types is the ability to step back and assess one’s behavior.  This is a skill that is seemingly non-existent with teenagers and hopefully, starts to come online in early adulthood.  As teachers, we keep planting the seeds and hope that a beautiful garden will eventually burst forth.

What about ourselves as teachers?  We learn intentionally when we seek out colleagues for suggestions about teaching techniques they use that could be used also with our students.  We learn intentionally when we seek out new performance opportunities and new repertoire for our students.  Hopefully, we learn unintentionally when we finally decide that we should have dropped that problem student, with the high maintenance parents, who never practices and treats you like a babysitter, long ago. All of this is relevant if we can have an honest discussion with ourselves about what we learned and what we’re going to do next time. And it starts with embracing the mindset of a beginner!