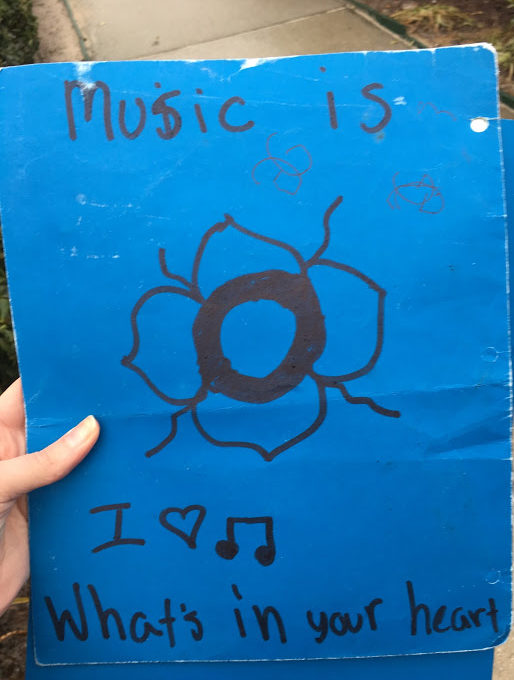 From an early age, all I ever wanted was to teach the flute. I spent hours practicing in my room as a child, and I had an urge to share my knowledge with the world. In middle school, when asked about possible career choices, without hesitation I responded “flute teacher.”

My decision to study music was an easy one. I felt my path was clear. Go to school, learn more about the flute, graduate, get a job teaching flute. Somewhere in the middle of my doctorate, I began to feel uneasy about my prospects of landing a college teaching gig. It was my dream job, but I didn’t see many of my accomplished colleagues winning jobs.

Then the burnout came–oh, yes, the dreaded burnout. Well into my doctoral program, I experienced a series of events which ultimately lead to taking a few years off. During those years I met the love of my life and started a job in a legal office that eventually led into a freelance role in website and graphic design, but I didn’t play or teach flute. I also took care of myself, participating in a work study program at a local yoga studio to train for my yoga teaching certification. I began therapy to help with extreme burnout.

I landed a job at a startup doing several things, but it was a typical office job. I began playing again with my husband (a classical guitarist) and we were booking gigs. I also picked up a job at a local community college teaching flute. I even created The Flute Examiner in this period of my life. Though things were good, I felt empty. I was successful at my web job and I loved it, though sitting in front of a screen for 8 hours a day felt wrong. I had to teach again, whatever it took. I began looking for any music teaching positions. “Band…no…, orchestra…no, general music…. hmmm”

I had a short stint teaching general music after my master’s degree at a non-profit school, The Joy of Music School. I had also taught at a private elementary school, though only a few hours a week. It was challenging for me to teach small children because it required a different communication style. I vividly remember asking a first grade class “do you have any questions” the first day of school. A shy little girl slowly raised her hand. “Yes? I said eagerly.”  She responded “My mommy and you have the same shoes… and she told me… “ From then on, I revised my language to (hopefully) be less colloquial.

In January 2016, I landed a job in a public school. I also began the slow process of healing by returning to complete my doctorate. Juggling public school teaching and academia is NOT easy. 2016 was a very difficult year. The only thing that helped carry me through was the satisfaction of teaching again.

There is a stigma in academia about this sort of choice, as if the only way to fulfill your destiny is to teach in higher education. Maybe that stigma was made up in my head–I don’t know. What I do know is that my love for the flute extends far beyond whatever idealistic goal I had as a 12 year old. Teaching elementary general music has pushed my abilities further than I ever imagined, all while helping me become a better person. Since “going elementary,” here is a list of things I have learned:

“Going elementary” has sparked a new love for teaching children music. Seeing the joy in their faces when they learn a new song or play an instrument reminds me of my own love of music and why we choose to be musicians in the first place.

“There is no complete spiritual life without music, for the human soul has regions which can be illuminated only by music.”