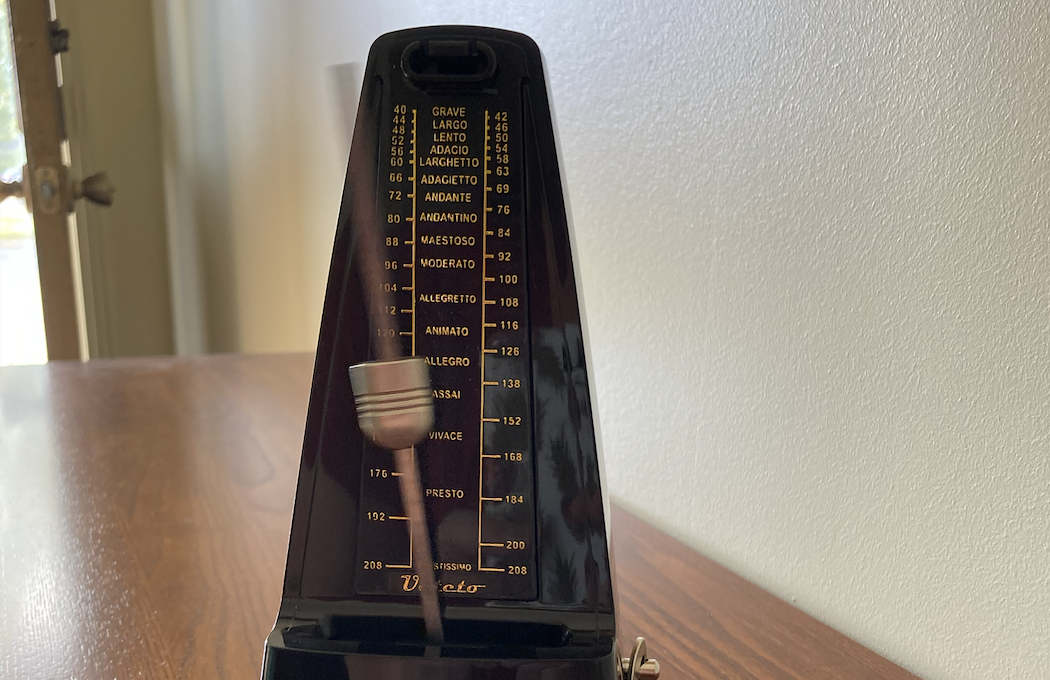 I learned a valuable lesson at a vulnerable time, once. I was in graduate school, working on excerpts with my teacher and preparing for my second or third professional audition. We were studying the Mendelssohn Scherzo, that perennial first round staple that requires so much control and confidence, if you really want to pull it off. He had me slur through it at a slow speed, and I realized in that moment, to my total mortification, that I couldn’t play it perfectly when slow and slurred. Even though I’d been practicing that excerpt for about six years at that point, I did not actually know the melody!

Fast forward to now, so many years later, and I am busily preparing middle and high school students for their regional honor band auditions. The grade 11/12 technical excerpt this year is about eight lines of sixteenth notes with varied articulations at quarter equals 128. This has caused much wailing and gnashing of teeth, and I’d be lying if I didn’t admit that I will be very happy not to hear this one any more after Saturday’s auditions!

I think that my students’ preoccupation with meeting the tempo requirement is natural, and as we have moved through the final two weeks before the audition, some of them are sacrificing their phrasing, dynamics and the evenness of their technique in order to get all the way up to tempo. In lessons, we slow it down—way down—and doing so will frequently shine a spotlight on little moments of inconsistency, places where the student’s knowledge of the melody itself breaks down. I love teenagers, because they are dramatically horrified at my insistence that it’s not too late to go slow, but I’ll stand by that assertion. Even on Saturday morning, it’s not too late to go really slowly once or twice. Get your phrasing story straight, make sure you’re actually tonguing where you’re supposed to, really see the contour of the melody, the dynamics, the breath marks.

Give yourself a fighting chance to get it right!

As with most things, they eventually see it my way. Reducing the speed and increasing the level of attention to detail results in a better run when the piece is up to tempo, too, and this result is usually immediately apparent to the student. Here are a few pointers for cleaning up a technically difficult fast passage using this technique.