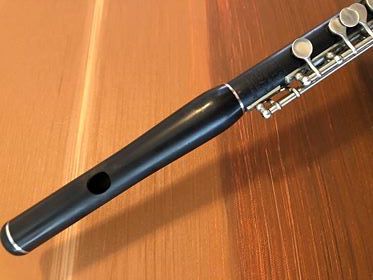 In the modern age of the piccolo, we are so lucky to have several methods dedicated to the piccolo. This has not always been the case and previous methods grouped the flute and piccolo using the same exercises. The piccolo, while it resembles a small flute, is truly a very different instrument. Piccolo players have to work on the same issues as flute players but they face challenges of dynamics and range that flutists do not. I thought it would be a nice addition to this column to review a few of my favorite methods.  Each method has content that I have found beneficial and insightful to my own personal piccolo playing.

Nicola Mazzanti serves as Solo Piccolo of the Maggio Musicale Fiorentino Orchestra, a position he has held since 1988. As a soloist, he has performed with orchestras such as “I Pomeriggi Musicali” of Milan, the Malta Philharmonic Orchestra, the Florence Symphony Orchestra and Akronos of Prato. He has taught piccolo at the Hochschule in Luzern and at the Conservatorio della Svizzera Italiana in Lugano (Switzerland) as well as the Conservatorio “Verdi” in Milano. His website is a regular destination for dedicated piccolo players. His book The Mazzanti Method  for piccolo, published in 2014 by Theodore Presser, has been welcomed as a milestone in the teaching of this instrument.135

Mazzanti’s method begins with an introduction in which he discusses his methodology and motivation for creating this resource. He then discusses briefly how best to apply his method to “maximize your skills and potential.”  The method is divided into three sections: Sound, Scales, and Arpeggios, and Melodies, Operas, Lieder.

In Part I: Sound, Mazzanti lists three checkpoints to remember: Support, Larynx, and Embouchure. He dedicates several pages of exercises to each of the three checkpoints while introducing other topics such as intonation and dynamics. He also briefly mentions the importance of each of the checkpoints and offers suggestions as to how best focus on the checkpoint in the provided exercises. Beginning on page fifty-eight, he introduces exercises that involve singing and playing as a method to address and apply all three checkpoints. Singing while playing is considered an extended technique on the flute. Robert Dick includes similar exercises in his book, The Other Flute; however, this is the first application to piccolo study in print of which I am aware.

In Part II: Scales and Arpeggios, Mazzanti applies the use of two different types of scales: limited interval and full range. Limited interval scales are those that terminate at a fifth or octave, while full range scales use the entire range of the instrument within a set pattern such as a major or natural minor scale. He states that “When the interval of a fifth is not exceeded, adapting the lips is normally not needed…” Mazzanti does recommend that once you are comfortable with the full range of the piccolo, you should focus on scales that cover the entire range of the piccolo, such as in Marcel Moyse’s Exercise Journaliers. However, for the piccolo, he does have specific recommendations when using these exercises. Mazzanti includes numerous diatonic and chromatic scale and arpeggio exercises that comprehensively address the technical needs of the player.

In Part III: Melodies, Operas, Lieder, Mazzanti includes famous simple melodies for daily study. He believes that working on a melody allows you to utilize the skills learned in the previous studies and apply them into a stronger musical intention. He urges the player to dynamics, sounds, intonation, and vibrato, and he asserts that playing slowly with expression and good intonation on the piccolo is far more difficult than executing technical passages. His final suggestions for this section are to exaggerate dynamics and then transpose the melody by half steps until the entire range of the instrument has been covered. After the introduction, a series of studies in each key, starting in C major, presented to address technique, articulation, and ensemble work utilizing a duo or trio. Each major key is followed by the relative minor key and similar material in the new key. The key exercises extend the entire range of the instrument from written D4 up to C7. Following the studies in all keys, Mazzanti provides orchestral excerpts interspersed with exercises, and solo compositions, some of which have piano accompaniment. Some of the orchestral excerpts included are from obscure works that can be hard to find. The book includes one-hundred and ninety-one exercises in total. Two inserts are provided, one a basic fingering chart and the other a trill fingering chart, both of which are for Böehm–system piccolos.

Excerpted from The Piccolo in the 21st Century: History, Construction, and Modern Pedagogical Resources by Dr. Keith D. Hanlon