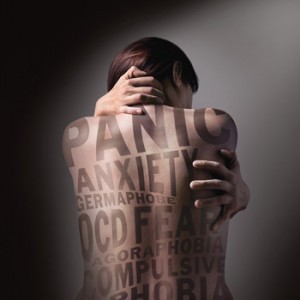 With our newsletter focusing on anxiety this month I thought that I might share a few thoughts with the readers about my own feelings and struggles.

All too often we understand and choose to face the problems but the variables of our situation are such that it becomes overwhelming. The anxiety can affect our health and well being severely and we can feel trapped in our own little world. This is just a little account of my own personal struggle with one aspect of stress and anxiety management although it involves a little background to set the stage for my current battle.

So sorry to start at the beginning but it is necessary. When I was a child, my sisters and I had an abusive father who could, at times, could be very unpredictable. Nothing we ever did was good enough and the slightest variation from what he expected from us could set him off on a rampage. I chose to deal with my feelings with food. As one would expect, this set me on a very negative path of emotional eating and I soon became obese. There was no reason for me to be overweight other than the emotional eating because I was very active, bike riding, climbing trees, playing in the yard with the neighbor kids. My parents eventually divorced and we were able to get away from the negative situation with only emotional scars, much luckier than many other children in similar situations. Life got better!

I made it through high school and got into college and somewhere in between I lost much of the weight from those extra bowls of ice-cream and cookies and found more positive relationships with friends and extended family. I even enlisted in the military and survived boot camp.

Surprisingly, the physicality of boot camp was fine and I passed the fitness testing, and road marches, and screaming drill sergeants. I even played on the unit’s volleyball team. Imagine that, I had become a bit of an athletic musician and actually enjoyed it. Towards the end of my military service, I began my master’s degree and settled down in Richmond, VA to complete the degree. Within a year of completing the degree I landed my first college adjunct gig and began networking and performing in the area. Life was good!

It was around this time that I began to want to improve myself physically and emotionally. I connected with a personal trainer who inspired me in so many ways. He owned the local hole in the wall gym and in exchange for my services cleaning the locker rooms, he provided training sessions. I thought this was a fair trade considering I was after all, I was only on an adjunct salary. I got up at four am everyday and worked out for two hours before going to teach classes.

I don’t know if my trainer ever realized what he had done for me but it was a good year for both of us.

I lost 45 pounds, was around 13% body fat, never felt better and actually began running 10k races. He landed the cover of a fitness magazine and started gaining success as a fitness model and independent trainer often traveling for photo shoots. He always came back to his gym and would tell me about his adventures during our training. Life was good!

I continued to build up my confidence and started thinking about pursuing a doctorate in flute performance. I began the process several times but one thing or another would halt the application. The roadblocks were always good, like a job promotion, or a new job, or more gigs. Finally, it occurred to me that the relationship I was in was a very negative one that I had dedicated so much of my time to and that I had maximized all of my job potential in the area. It was time to move on and I was ok with the decision to move forward with my plans. Life was ok…..mostly!

So, I applied and auditioned hoping that I would be accepted somewhere. To my surprise and and honestly, shock, I was offered full assistantships at two universities for the doctorate. Now the hard part was to make the decision to move forward, leave my home of eleven years, and start a new chapter.

The doctorate started and it was a lot to take in. There I was, a student again after being the teacher for so many years, it was an adjustment. I had so many plans and things I wanted to accomplish while I was studying. I wanted to become a better player, I wanted to be that awesome graduate assistant that left a mark and whom everyone looked up to, and I wanted to really do well academically. Well, I am a far better player than when I started, I believe I left a positive mark on most of the students and faculty that I worked with, and I managed a 4.0 every semester except my first which I chalked up to adjustment. I even met the love of my life and got engaged. Life was good! You may notice that I started this story talking about being the fat kid and overcoming that by becoming a bit of a sporty kind of guy. Well, here is where the story turns around. During my studies I gained 50 pounds and passed the highest weight that I had ever been. I tried to get to the gym and make healthy eating choices but the loads of stress and long hours usually won out. I no longer had the extra energy or time to get up at four am to get to the gym am workout for two hours. I had to make choices and sometimes they had to be the lesser of two evils, go through the drive through and get food or don’t eat at all. I made the best choices I could by choosing fast food items that were “healthier,” or taking carrots and almonds with me to school. The healthy options weren’t always available to me and it became harder and harder to manage my weight and my responsibilities. I did realize that the lack of exercise and stress release was preventing me from feeling energized and was hurting my health.

Ultimately I accepted the consequences of my amazing amounts of stress and realized that they would only be temporary.

So, here I am with a dissertation looming over me, moved to another state to take on some new teaching work, bought a house with my fiancee, made new friends, and finding new adventures. The weight and loss of my athleticism is still looming over me and I could kick myself for losing sight of that aspect of my life but I am realistic.

I have come to realize that I am me and I have my own path. I am the me that I am supposed to be and I have control over many aspects of my life, and there are many aspects over which I have no control. It is all about the perspective we take and how we choose to internalize our struggles.

In the end, I will be stronger for the trials and tribulations that I have endured and my own worst enemy is me. I like the me that I am and I am proud of the me I have become.
Life is good!