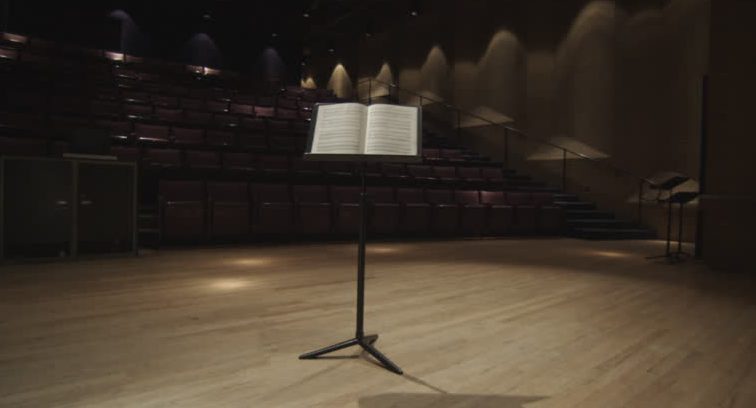 What are you aware of when you are performing or practicing? Many people have difficulty answering this question the first time it’s asked, because they really don’t know. There is a certain kind of awareness that is optimal for musicians to have during music-making. It’s called inclusive awareness and it means being aware of what’s going on both inside and outside of your body at the same time. It is the sum total of mental, emotional and kinesthetic awareness.

Inclusive awareness is the fundamental idea behind body mapping. You have to be actively looking for information before you can find it. If you’re not aware of what’s happening in your body, you are likely to miss cues that your body is sending you. If you don’t realize that you’ve lost the balance of your head on top of your spine, then you can’t choose to correct that balance problem. This is especially important if you’re trying to correct a bad habit because you have to be able to select before you can delete, just like when you’re doing word processing on a computer!

“So, I should concentrate more? – Not Exactly

I’m sure you’ve heard this at some point as a student. You may have even said this as the teacher! “Come on kids, just concentrate.” Concentration is not the same thing as inclusive awareness. Concentrating means directed attention towards one single thing. We musicians have too much to do to be able to concentrate on just one thing. When we’re blocking things out, that takes effort and requires work. Think about how hard you have to concentrate to read a book while there’s a screaming baby in the row behind you on the plane! Scanning, which means rapidly shifting from concentrating from one thing to the next, might seem like an improvement. However, it too requires a lot of mental energy. It’s exhausting and it just doesn’t work. Instead, what we’re looking for is an easy, shifting, fluid type of focus that includes information from internal and external sources.

Here’s a musical analogy… imagine yourself as a middle school band director. You are in rehearsal. First, you shift your focus to the trumpets, who have been resting for 40 measures and are getting ready to come in. Then you shift your focus to the clarinets, who are playing much too loudly. Then you shift back to the percussion section and the gong stand that just collapsed, then to low brass because they need to play a little louder, etc. It’s easy to shift your focus between different sections of the band because they’ve all been hanging around on the periphery of your inclusive awareness. In contrast, if you concentrate on the trumpets, then you must use a great deal of effort to get the clarinets back into your awareness AND you often lose your awareness of the whole band while you’re attempting to shift from trumpets to clarinets.

If you concentrate completely on yourself while performing, you shut out the audience and make yourself too important in the experience.

It’s unfair to the audience and unfair to you, the performer. When we narrow ourselves attention-wise, there is a parallel narrowing in our bodies; too many muscles are working unnecessarily, breathing becomes shallow, and vision blurs. While concentrating you are unavailable to cues from your body such as thirst or pain and can, therefore, make no response to it. The solution is to use your inclusive awareness and allow various types of information to present at the periphery of your focus.

The beauty of the whole idea is that we can choose what we are aware of during an activity and we can choose to broaden our awareness include more information. What kind of things might we want to include? How about information coming from all of our six senses? Refer back to “Musicians as Movers- Part Two” for specific ideas.

Building inclusive awareness is a skill and can be learned through consistent practice, the same ways in which we acquire other skills such as learning scale patterns and double tonguing. One practice technique is to take a phrase that you’re working on and play it through one time. Then, see if you can add one more thing to you awareness; for example, can you include the sound of the heat or air conditioning or the feel of your socks on your feet? Can you include the space behind you? Can you keep including one more thing into your awareness each time you play the phrase?

The three key tenets of Body Mapping are training movement as movement, training all available senses, and training inclusive attention. Once these basic principles are firmly in place, the task becomes finding the movement or set of movements that create the sound that you want. The starting place is actually found in your musical intention; you have to have an idea about how you want the phrase to sound. Note that there isn’t always one right answer and your musical intention doesn’t have to be correct—you just have to have an idea. Then you use your inclusive attention, your movement sense and your knowledge of all the types of movement available to get the result you want. If the result isn’t what you want, then you try again. Keep the movements that were helpful and discard the movements that don’t help. The key, though, is being aware of the choices that you’re making and also being aware of what’s happening (or not happening) in your body as you play.