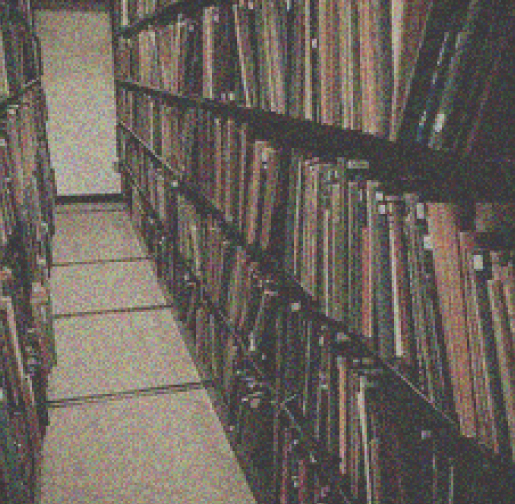 Our readers have made The 9mm Piccolo Player column a hit.

We asked what you wanted to know, and you told us! Over the next few months we will be digging into some of those requests.

So, keep those comments coming in and tell us what you want to know about the piccolo!

In the last thirty years, the piccolo repertoire has grown by leaps and bounds. Prior to this explosion of compositions, the solo repertoire was much more limited. It mainly consisted of a few modern solo or chamber works and the flashy repertoire from the “Golden Age,” when polkas named after birds were showstoppers. The piccolo has really come a long way and is no longer treated as an effect in an orchestra. It has truly become a solo instrument. My final doctoral recital consisted of works in a spectrum of styles, all written in the last thirteen years!

I reached out to some fellow piccolo players and asked for some of their favorite pieces to play both solo and with accompaniment. I was amazed that other than the traditional Vivaldi works, I barely saw two of the same recommendations. That says something. I have condensed the list to highlight some readily available works, including several of my personal favorites. Included are solo works and works with piano as well as some notes about potential difficulties. Honestly, my list of favorites can change week to week.

Favorite repertoire is always subjective, based on what you were taught and what you have learned to play. There is always a new piece waiting to be discovered and added to your favorites list so explore and have fun!

Works for piccolo and piano:

Let me first say that some of these pieces…well, most of these pieces…are rather challenging. They include the full range of the piccolo, require excellent and clean technique (they are fast!), and amazing dynamic control in the extreme ranges. These works are not for the faint of heart or weak of lip. They are most definitely satisfying to play and the feeling of accomplishment after performing them is completely overwhelming. I speak from personal experience regarding several of these pieces!

You may notice that there are a few works by the same composer. Knowing a composer makes you more aware of his or her body of works, and it doesn’t hurt when they let you know that a new piece is being premiered or ask you to perform one of them, as I have experienced with Daniel Dorff. Other composers just have a knack for writing approachable works that general audiences can relate to and you can’t help but collect a selection of pieces, such as the works of David Loeb.

If you are looking for some fun repertoire to begin exploring the piccolo, I highly recommend “Scenes” by Loeb and “Desperate Measures” by Borwick. Both works are charming, fun, and not overly difficult for most players. They do have quite a range and require some work,  but they are fun to play and audiences really like them. The Borwick also has some built-in musically humorous moments and may get a few chuckles out of the crowd.

Two works of great note are the pieces by Feld and Charke.  The Feld is a very challenging piece. The range is extensive, beginning on a high Bb and requiring a lot of rhythmic accuracy. It is rather challenging for the ensemble as well. It was a bit of a nightmare at the first rehearsal, to be honest, but when it comes together it is very satisfying to play.

When I first heard the Charke, I fell in love with Christie Beard’s performance and had to have the piece. When I got the copy, I did a double take. This work incorporates extended technique on the piccolo! Singing and playing, timberal trills, harmonics, and a few other effects. When I programmed the work, I was a bit concerned that the audience may not feel the same way about the piece as I did. I was dead wrong. They absolutely loved the work, specifically noting that they had no idea that the piccolo was capable of so many colors. Thank you, Derek Charke!

In the end, I recommend that you take a chance, buy a piece. The flute conventions are always great places to get your eyes on the page but don’t hesitate to search YouTube and see what pops up. Surprisingly, some of these works cost only a few dollars while others cost quite a bit more (the Feld and Liebermann are pricey but worth it).

Jan Gippo’s The Complete Piccolo has a fairly extensive list of repertoire and is highly recommended as a resource for the piccolo.