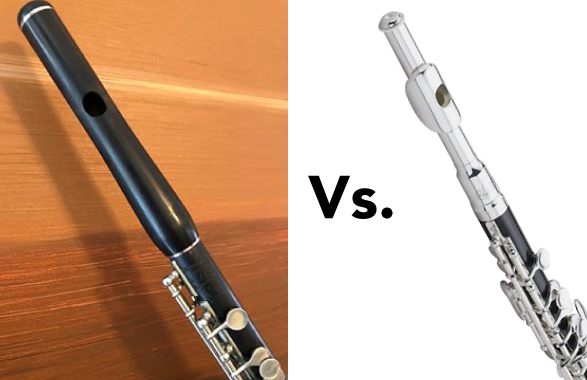 ’Tis the season for football games, homecoming parades, and drastic weather changes. This is also the time of year when many younger players are asked to play in a variety of concert venues that stretch from blacktop rehearsal fields, to rainy football fields, to five-mile parades, to a concert hall. In some cases, these changing venues may also include changing between instruments. All of these performances can, and often do, occur in the span of week as the season progresses. So, how can we balance these venues and adapt our playing to match? This is the struggle!

The instrument can be part of the struggle. Many schools have older instruments that have seen many seasons in rain and snow with minimal, if any, regular maintenance. I have had students come to lessons with metal marching instruments where keys were frozen in place and wouldn’t move due to rust, yet the student was expected to “perform” on said instrument. Clearly this is unfair and stressful to a talented young player who is experiencing the piccolo for the first time, but often, these situations just cannot be avoided. If, as a teacher or a player, you find that you are struggling with the instrument provided, get a second opinion. Have someone else try the instrument to confirm that it isn’t you but is, in fact, the instrument that is the issue. This is important because younger players get frustrated and may grow to dislike the instrument, thinking that all piccolos are difficult to play.

Once the instrument has been identified as the problem, seek out repair through the band director or school district as appropriate. In some cases, I have had students who have assumed the financial responsibility of the repairs due to the limited budget of the band. If the instrument isn’t working, the student is not going to have a positive experience.

Instruments aside, the venues themselves can promote both good and bad habits in students. As we all know, marching bands tend to play quite differently than concert bands. The excitement of the crowds and the openness of the 50-yard line can encourage students to overplay, lose their concept of dynamics (f, ff, fff, ffffffff), and thereby affect ensemble intonation and blending. When I work with my students who are entering marching competition season we discuss the differences that they will experience in how they play. I begin by encouraging them to play with control, finesse, good tone and dynamics, just as they would in a sit-down concert or in a lesson with me. We also discuss that they, a lone piccolo player, cannot contribute the necessary power to the ensemble to make a profound difference in ensemble dynamic effect. I also explain that their job is to listen, blend, and play in tune. They serve as the “icing on the cake” and that the timbre of the piccolo is best heard when it is in tune. The piccolo adds to the color of the ensemble more than it is a lead instrument, like say, a trumpet. I have found that guiding my students through the marching season by focusing on basic principles of musicianship and holding them accountable in weekly lessons makes for a smooth transition between venues. When we remind ourselves to be musical in every situation, the results are always better. We also address the posture used in marching band versus regular performances. As many of us have realized these days, standing at attention with our instrument in a vice-grip-like playing position is not the healthiest for anybody. I use this time of year to go through tension and release exercises with students as well as to discuss the benefits of stretching. We talk about why the traditional marching posture is rough on the body and how to compensate for strain and identify potential injuries before they become problematic.

While this all sounds like a negative, students can also benefit from the marching season. I have had very shy students whose membership in the ensemble allowed them to make friends and come out of their shells. Their playing benefitted greatly from this new-found confidence. I have also had many students become more serious players with much better practice habits after one year in a competitive band. Even the basic aerobic exercise that comes from a competitive season has benefitted students’ breath control and support. I have seen students develop a better sense of phrasing, better posture and greater body awareness, just to name a few more items.

While many of us may view the competitive marching season as a negative, it is really up to the teacher and the student to find way to benefit from the experience itself. Whether it is helping your student to learn and memorize their scales because of a section leader audition or just working through some difficult passages as a teaching moment, it will become a learning experience for the student. Remember, as long as we apply the basic principles of musicianship to everything we do (play in tone, in tune, and in time and using appropriate dynamics and style) we will be flexible musicians and adapt to whatever comes our way, be it the 50 yard line during a homecoming performance or a solo on the stage at the fall concert. Be well, play well, and have fun!